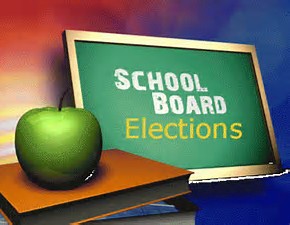 This May, 11 candidates are hoping to be elected for one of the four positions opening up on the Hillsboro School District Board. Not since 2007 have so many people run for a position on the board. Why? Well, many reasons. At the forum hosted this past Monday by the Hillsboro Chamber of Commerce, and moderated by the Youth Advisory Council, the candidates went into detail about what motivated them to run for election, and what they hope to bring to the table for the 2017-2018 school year.

All of the candidates have either children who are currently enrolled in the Hillsboro School District, or have had children who have graduated from HSD. That alone is a motivation to run, but they all have areas they want to tackle if elected, one of these areas being equality and diversity in the school district.

So what do I mean by that? The most common thought associated with those words have to do with incorporating other cultures into the school district, and yes, that is a part of it. Yet equality and diversity in learning encompasses so much more. It includes the way students who are a part of the AP or TAG (Advanced Placement and Talented and Gifted) programs are educated, the resources provided to students in need of an Individualized Education Program (IEP), and what kind of courses we are offering to keep students engaged. In short, how do we continue to close the achievement gap?

In regards to culture, there are several Hillsboro schools who have a dual language program in place, though I do not believe it is district wide. There was some discussion of expanding this, or at least making sure that it has the resources it needs to be successful. It was also mentioned by Erika Lopez, running for position 1, that she would love to see the school lunch program be more diverse in its offerings, so that kids from other cultures may have a chance to have the foods they have at home at school.  Alexander Flores (running for position 6) advocated fostering a culture of inclusiveness in the schools. The recent incident at Liberty High School, in which racial slurs were painted in graffiti format on the school was mentioned by a few candidates, who agreed that the schools need to be a safe place for students and faculty of all cultures, and that education needs to happen to foster this in the students.

Two of the candidates brought to light the struggle for parents who have had to advocate hard for their children who are in need of the IEP program. With the numerous budget cuts that have occurred in the past, and are likely to happen in the future as the district faces what is estimated to be a $12 million budget shortfall, resources such as staff for these programs, as well as the AP and TAG programs, are thin. As with the dual language program, adequate special education programs and the ability to take part in an advanced learning program are not offered district wide. Several of the candidates posed that this needs to be rectified so that every student has access to these programs.

So how does one overcome a less than ideal budget to find a way to make all of these programs successful? As expected, not many of the candidates wanted to speculate as to what they would cut or refuse to cut, claiming they couldn’t as the “hard numbers” haven’t come back. Incumbent candidates, such as Glenn Miller (running for position 2) claims it is looking to be closer to an $8 0r $9 million shortfall. Some thoughts from the candidates that did offer their thoughts said that they would like to partner with the community and businesses to up the involvement in donations and activities for students, educating the 70% of the community who does not have children enrolled in the district to where they feel it important for the students to have a great education, and a few suggested upping taxes, such as going from a 9% income tax to 10% tax, or slightly upping property taxes. As Hillsboro is a hub in the “silicon forest,” it was no surprise to hear that the candidates believe that more technology needs to brought in to every school so that every student has the ability to access the information they need.

This meeting was educational in not only learning more about the candidates, but in hearing what issues the community feels the Hillsboro school district faces. Both the school board and the community would like to partner in ensuring that every student has the opportunity to receive a stellar education by having equal access to resources, and diverse options in how and what they learn.